You may have read early last week 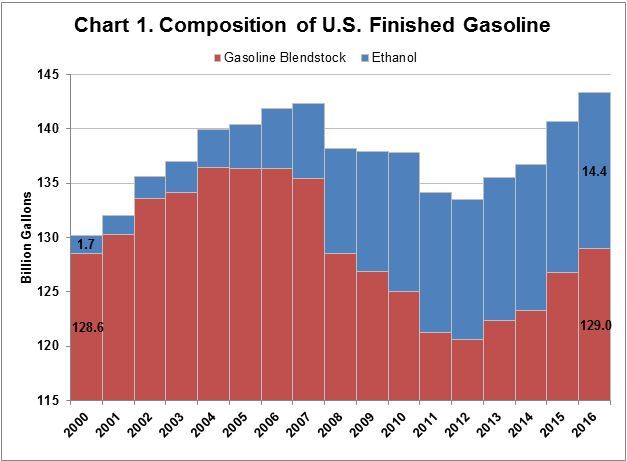 that the EPA released Renewable Volume Obligations (RVO) for 2018.  These numbers tell fuel retailers how much renewable fuels they must sell in any given year, with the goal of slowly increasing the amount of renewable fuels used in the U.S.

Except for the petroleum industry.  Shortly after the EPA’s announced numbers, the American Petroleum Institute (API) said that the slight reduction in 2018 blending volumes “does not go far enough.”

Why? Americans might be led to think that reduction in renewable fuel usage is needed because of “engine damage” in boats, lawn mowers, and motorcycles. They might be told that food prices or land use change are to blame.  But the real reason according to Bob Dineen, Renewable Fuels Association, is that petroleum marketers are protecting their own market share.

These graphs make a compelling story.  Read on from Bob:

The three charts below show exactly why Big Oil is pulling out all the stops to oppose the RFS and maintain an uneven playing field for E15. Chart 1 shows that while consumption of finished gasoline (i.e., gasoline blended with ethanol) reached record heights in 2016, consumption of the gasoline blendstock (i.e., unblended gasoline) produced by oil refiners remained well below the record levels seen in 2001-2007. The volume of ethanol blended with gasoline more than doubled between 2007 and 2016, meaning ethanol has accounted for the lion’s share of growth in total finished gasoline consumption over the past decade.